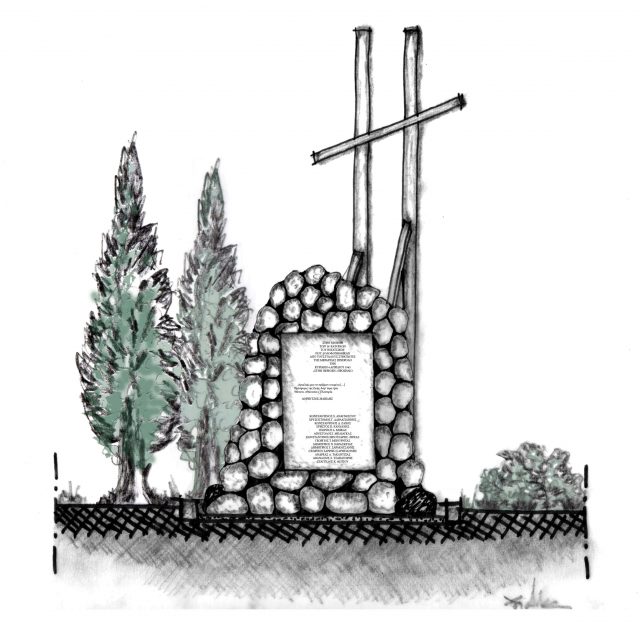 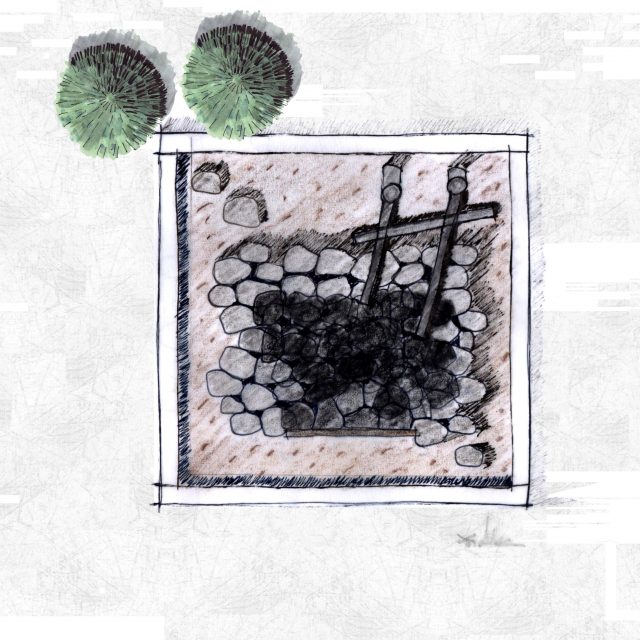 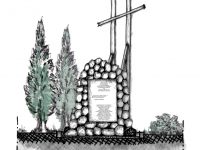 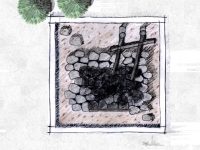 The monument in Vogatsiko village, in the Prosilio place, is on my behalf a minimum tribute to the memory of the fourteen civilians living in Vogatsiko, who were murdered by the Italian conquerors on April the 4th in 1943.

Central idea of the composition, was the short story “Exodos” written by my friend and writer, Nontas Tsigas. As I had the opportunity to belong among those who first read it, I used the phrases that were recorded in my mind, and I tried to symbolically imprint them on the composition of this monument.

The fight chronicle between the civilians of Vogatsiko and the Italian conquerors, attended by historical documents, that belong to miss Poly Bliaga, native researcher, the story “Exodos” and the monument’s plans were gathered in the memo book entitled “Me liga roucha aimatomena…”, published by the Municipality of Argos Orestiko by the attentiveness of Nontas Tsigas  .

The unveiling of the monument took place on 23 June 2018. 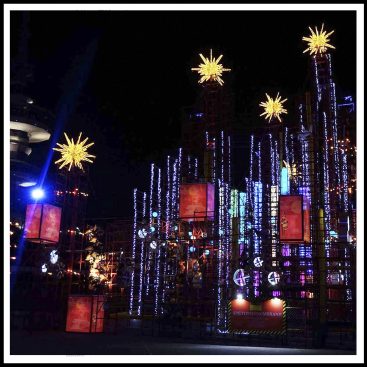