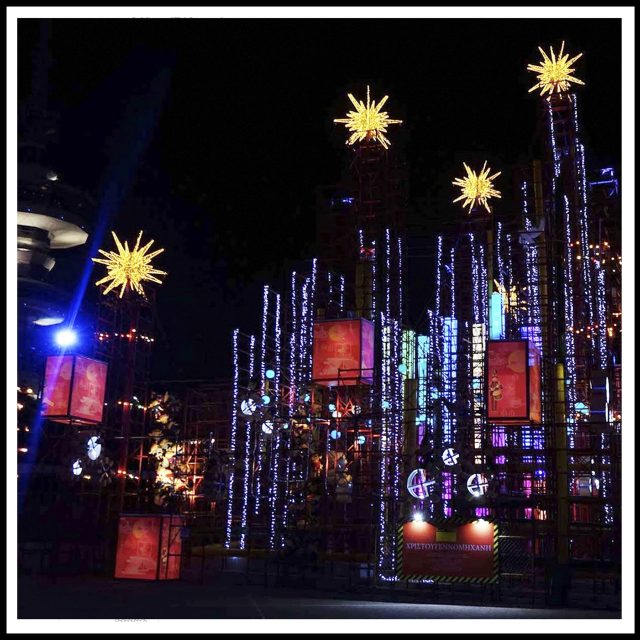 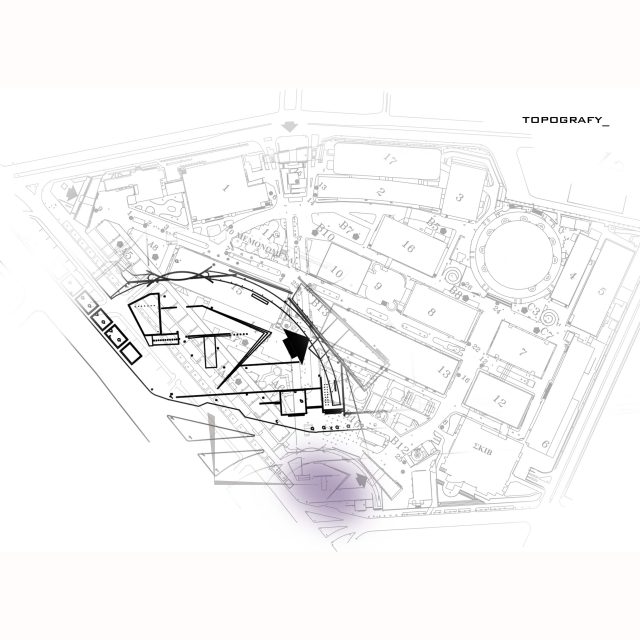 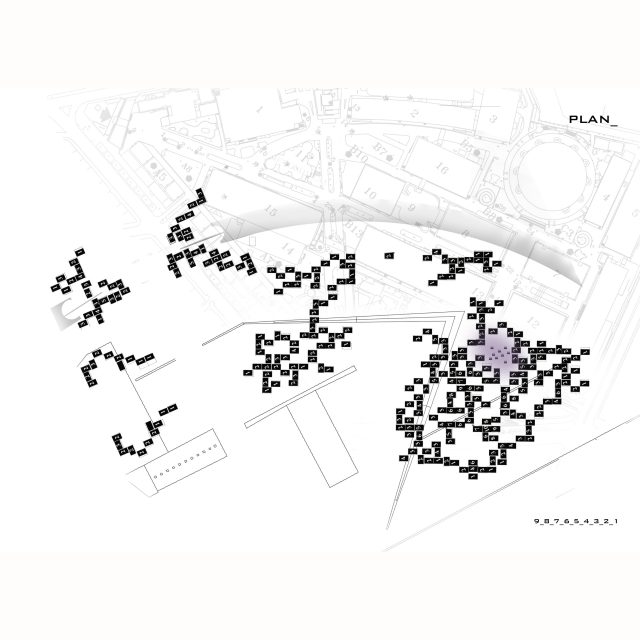 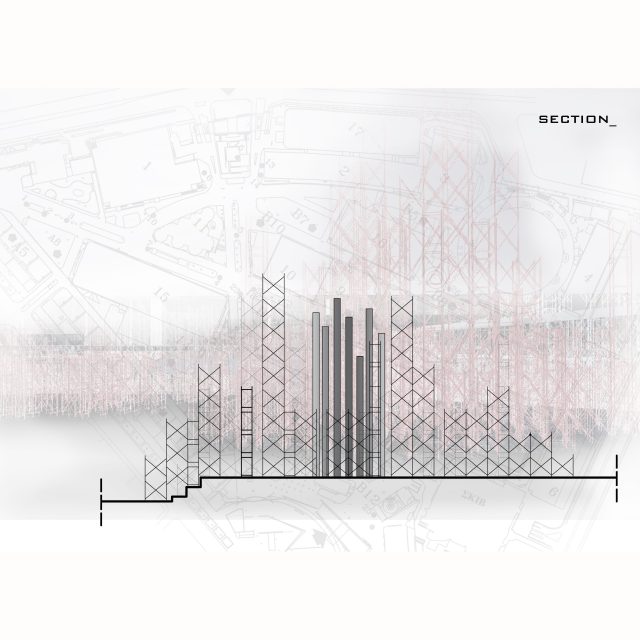 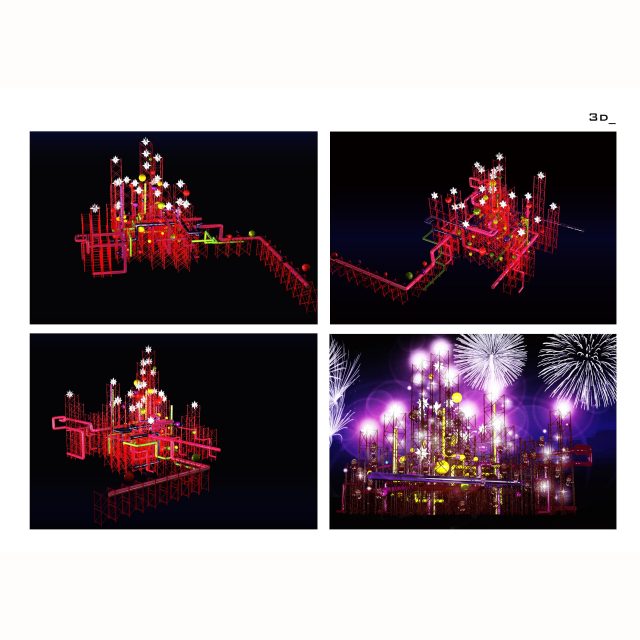 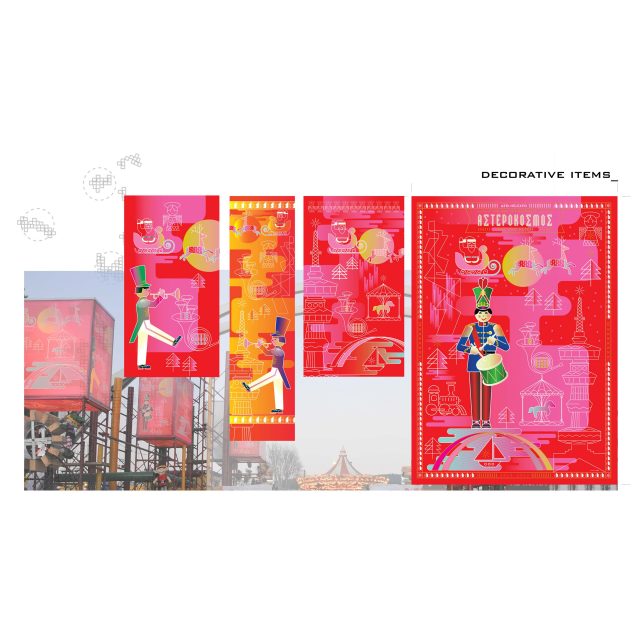 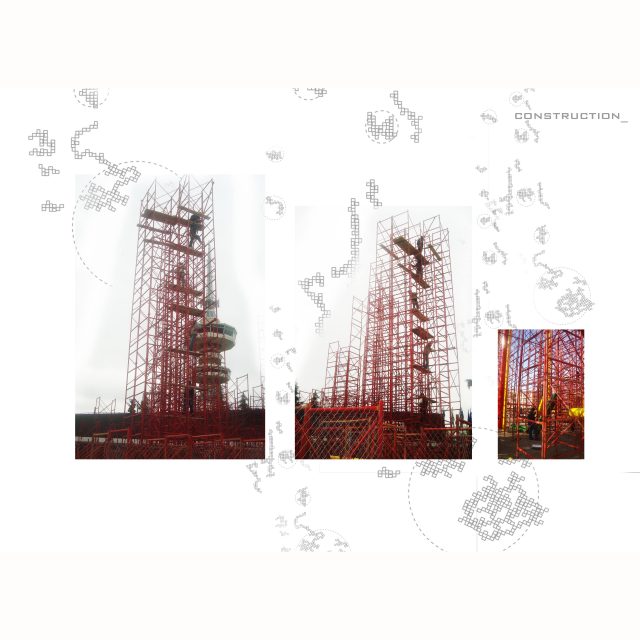 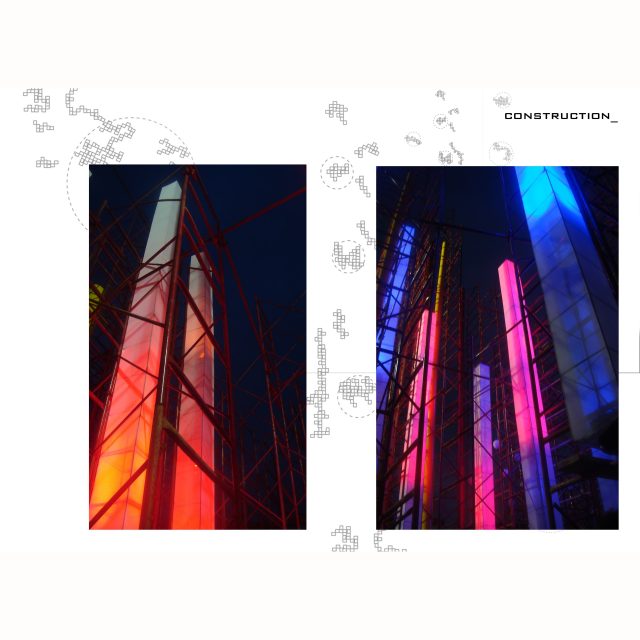 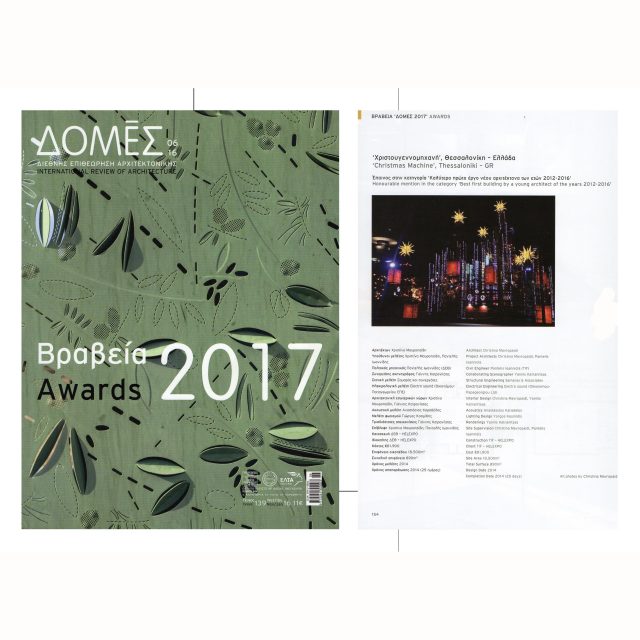 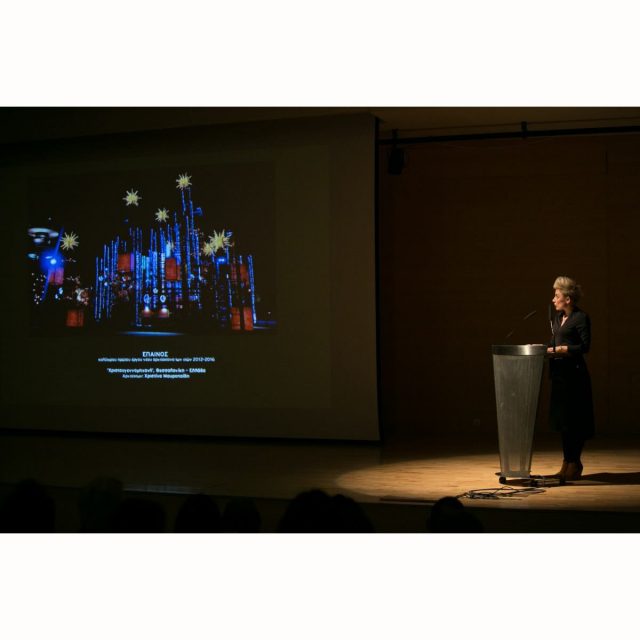 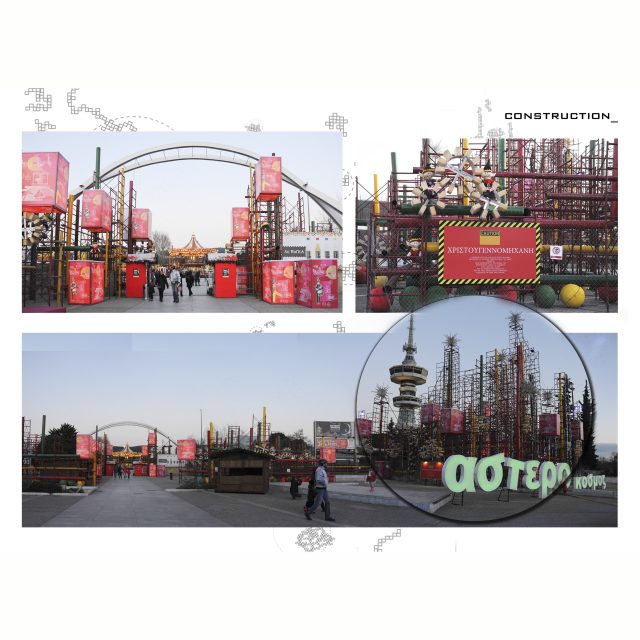 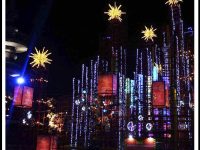 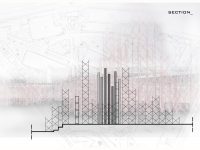 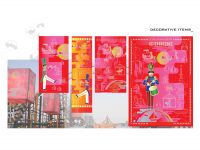 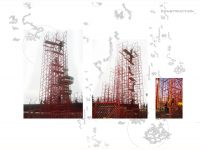 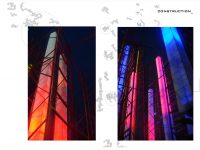 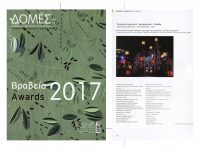 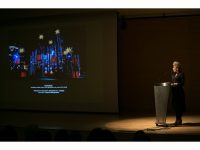 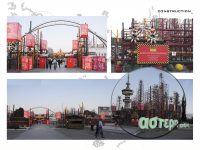 “Xmas Machine” is a construction, part of the broader study, conducted for the annual Christmas event of Tif – Helexpo in Thessaloniki “Asterokosmos”. The study for the whole organization lasted 5 months (August – December 2015) and the completion time of this construction was 25 days. The central idea of the construction, was the creation of a factory machine which is operating 24 hours a day to inundate the city with “Christmas Dreams”. The construction was placed in TIF-HELEXPO, opposite the YMCA square, starting from the main gate of the exhibition up to the arc gate, which was the main entrance for visitors to “Asterokosmos”. For the implementation of the structure, 1200 scaffoldings were used. They were stained red and placed in formation towers with a maximum height of 18m. For it’s scenic presence , tubes of various cross-sections were used and stained in colors of red, yellow and green. They were placed in complexed forms between the scaffolds gaps. Furthermore, large light boxes were constructed as “gifts”, as well as handmade gears and dolls too. The project was illuminated in combination with a specific music that was written, so as to create an impressive light show.